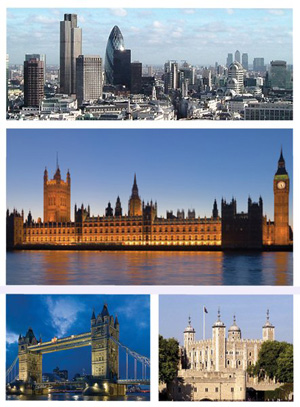 What am I going to do for three weeks of spring break (or Easter break as they call it here)? Well, I’ll tell you. Here is a rough itinerary of my 3 weeks away from York:

We start off with a weekend as a group in London. We depart for King’s Cross tomorrow. We get in around 5 PM. After a group visit to the British Library, we’ll have all Friday night and all Saturday to explore London. Saturday morning, we are going to Westminster Abbey as a group, then on to Buckingham Palace and the British Museum. We are free to break off at any point after that. There’s too much to do in London in one day, so we’ll have to pick and choose from a LONG list of things: Covent Garden, Trafalgar Square, National Gallery and National Portrait Gallery, Leicester Square, St Paul’s Cathedral, St Martin in the Fields, Camden Market, Hampstead Heath, Abbey Road, Primrose Hill, Freud Museum, Tower Bridge, Tower of London, London Eye, Tate Britain Gallery, Tate Modern, Victoria and Albert Museum, Museum of London, Science Museum and National History Museum, Imperial War Museum, Shakespeare’s Globe, Sir John Soane’s, Parliament, Big Ben, etc., etc., etc…. In short, you can’t go wrong in London. There’s tons to do. It will be a whirlwind

Palm Sunday morning we are free to find a church (such as St Paul’s, Westminster Abbey, or St Martin in the Fields) or go elsewhere in London. In the afternoon, we are making a day trip to Rochester to see sights from Charles Dickens’s Great Expectations, which we studied in class, and his hometown. We are free to return to London at anytime later in the afternoon/early evening and will do whatever we can before the end of the day. 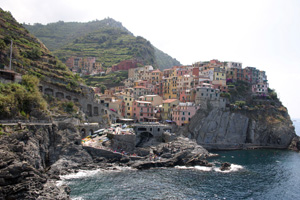 Manarola, Cinque Terre, Italy – week one of my spring break

The group that I am in–Melissa L., Jenica, Mary, Teresa, and Sanna (yes, I am the only guy in the group)–is going to northern Italy for a week. We are hightailing it out of London early Monday morning–at 6 AM. Eek! (Perhaps I’ll go again to London in May to see more stuff because I’d really like to. who knows.) We will be staying in Manarola, one of the famous five cities of Cinque Terre for most of our time (4 nights). If you just look at pictures, it looks GORGEOUS. We’ll be hiking around the five cities and enjoying (hopefully) sunny weather and relaxation in our quaint, colorful coastal town on the cliffs. Maybe the water will be warm enough for a swim and we’ll have time to try some gelato? Again, who knows. I just know it will be tons of fun with friends. 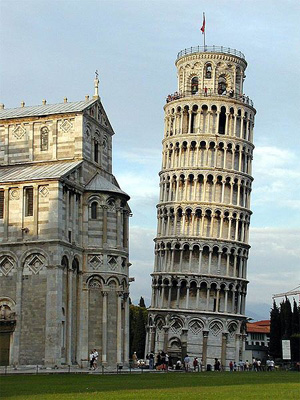 Our last day in Italy we are visiting Pisa to see the Leaning Tower and the Piazza del Duomo (Cathedral Square). Maybe we’ll even catch a Good Friday service in a church. We’ll wander the streets of this Tuscan city and soak in all we can of Italy before we head back to the British Isles.  We fly out of Pisa to Glasgow, Scotland on April 3. 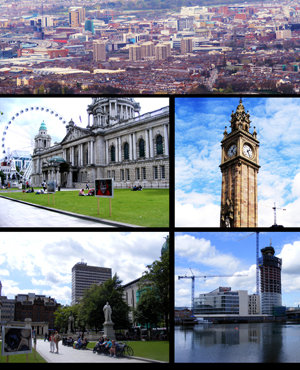 I’ll split from my Italy group once we’re in Scotland. I’ll take a train down to Stranraer, and hop on a ferry to Belfast, Northern Ireland. Here I’ll meet up with Mary and her family. I’ll have 3 nights in the Belfast. I’ll spend Easter Day in the city itself. On Easter Monday I’m going on a day tour to three different places: Giant’s Causeway, Carrick-a-rede, and Londonderry/Derry.

Giant’s Causeway is a natural formation of basalt columns on Northern Ireland’s coast, formed thousands of years ago by volcanic eruptions. It is a UNESCO World Heritage Site, located in beautiful County Antrim.

My tour takes a stop at the Carrick-a-rede Rope Bridge. This will give me another chance to see the Irish coast and cross a 20-meter suspension bridge to the small island of Carrick. 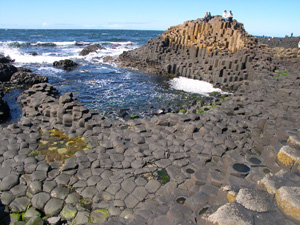 The last stop on this day tour will be in Londonderry/Derry, a city at the heart of the Troubles, the conflict between Protestant Northern Ireland and Catholic Republic of Ireland. The conflict is the reason why some people call it Londonderry and others call it Derry. It will be the last thing I do in Northern Ireland before heading back to Belfast for one more night.

On April 6, via train, I’ll head down to Newgrange, a famous prehistoric passage tomb outside of Dublin. I’m staying one night by myself at a hostel right next to the ancient monument before heading into Dublin the next day to meet up with Erin. I’ll be passing through the city of Drogheda on my way into Dublin.

I’ll meet up with Erin in Dublin, from our Calvin group, most likely at Trinity College, on April 7. She will have been touring around Ireland for a week before I arrive with Melissa and Jennifer, but we’re meeting to be Ireland partners for the second week of break. We’ll perhaps do a few things in Dublin, but we’re not sticking around long. We’re hopping on a coach and riding over to Galway for the night.

We’re staying the night in Galway on the west coast of Ireland. Supposedly there’s some cool stuff to do in the city, as it is one of the fastest growing cities in Europe. It’s on Galway Bay, the Atlantic Ocean, so we’re mostly using Galway as a base to get to the Cliffs of Moher the next day. Since we are taking a bus straight across Ireland, I’m sure we’ll see some pretty cool things along the way as well

Erin and I will make a day trip to the Cliffs of Moher on the west coast of Ireland. The cliffs are 120 meters above the Atlantic Ocean and provide breathtaking views of the sea, Galway Bay, and Connemara (on a clear day). They are part of beautiful County Clare.

After Galway, Erin and I are headed down to Cork, Ireland for 3 nights. We’re planning to do all the cool things around the city and make possible day trips to Blarney Castle (where the Blarney Stone is) and Killarney National Park. I will fly out of Cork to Amsterdam on my last day. 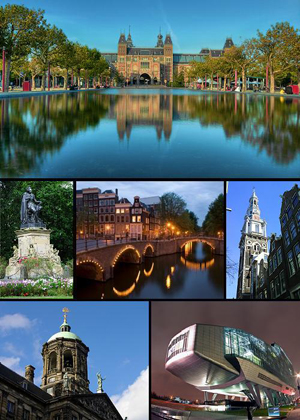 My family in the Netherlands is planning stuff for me to do while I’m in the Netherlands, so I don’t have an exact itinerary. Mostly I’ll just be seeing family. I will most likely get to see a few sights in a day trip to Amsterdam. Maybe the Rijksmuseum, the Anne Frank House, and a canal boat ride? I’m up for anything, really.

My Tante (Aunt) Tannie and Oom (Uncle) Piet live in Heerhugoward. I’ll be staying with them for 2 nights here.

I’ll spend one night over in Tholen by my Opa (Grandpa) and my Oom Johan. Tholen, Zeeland, is where my dad is from. I hear that my Opa is very excited for me to come (and everyone else, too!).

My last two nights I will spend in Nijmegen by my Tante Hennie and Oom Wim. Nijmegen is on the German border.

After the Netherlands, I will be taking the ferry back to England from Hoek van Holland to Harwich. Then it’s a night train back to York via London. God willing, I’ll be back in York on April 18 around noon, just in time to rest up a bit before classes resume on Monday, April 19.