Writer’s Note: It has been one full year since my Semester in Britain, therefore one full year since the events in this blog post. But I wanted to finish my blog. Think of it as me telling the rest of my story, even though I’ve been back for a while. I’m using my journals as primary sources for the information in these posts.

After a wonderful Easter weekend in Belfast, Northern Ireland, with Mary’s family, I set out on my own to the Republic of Ireland. I took a train from Belfast Central to Drogheda station. I had packed two small loaves of bread and two bananas from the Spar for my lunch. When I got into Drogheda, it was drizzling. I needed to find the Bus Eireann coach station in order to get to my destination: Newgrange, an ancient megalithic passage tomb an hour outside of Dublin.

I asked a friendly police officer for directions and navigated my way through the wet streets of Drogheda without a map. I rushed because I thought I would miss my bus to Newgrange, but as soon as I found the station, I discovered that they had recently seriously cut back the number of buses running to Newgrange/Donore: they now only ran twice a day. (Donore is the closest village to Newgrange.) I was a little discouraged that I had to wait 2 hours in the bus station till the next bus. If I missed this second and last bus of the day, I would have to walk over 10 miles, and it was already well after noon. But the #163 came at quarter to 3, and I boarded along with 3 others. 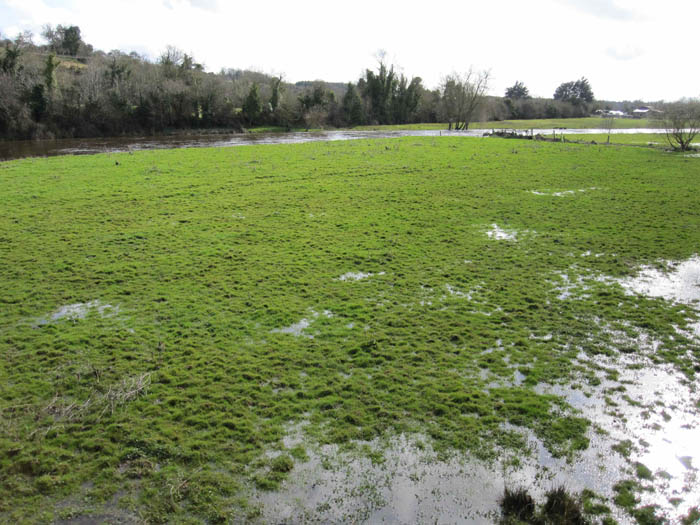 A nice elderly man on the bus who (presumably) lived in Donore gave me the phone number of a man who ran a discounted taxi cab to and from Newgrange just in case I got stuck out at Newgrange–and he did this without my asking. He probably could see that I was a tourist, but he still went out of his way to help me. He and an elderly woman and her grandson and another local woman were openly lamenting the fact that Bus Eireann had cut down the service. The wondered why Bus Eireann would do such a thing, when something like Newgrange still kept attracting visitors. … The bus dropped me right in front of my bed and breakfast, Newgrange Lodge. I checked in and asked the deskie if the Newgrange monument was still open. It was 3:30 by this time, and sometimes places like these only admit visitors till a certain time before closing. The deskie thought it was already closed, but I decided to check it out for myself. The entrance to Brú na Bóinne (the Irish Gaelic name for the area, meaning “Palace of the Boyne” since it is situated in the River Boyne valley) was only 100 yards away from Newgrange Lodge–one of the reasons I chose to stay there in the first place. To my luck (and I seemed to strike a lot of luck in Ireland) I just made it for the last tour of Newgrange between the end of the day. 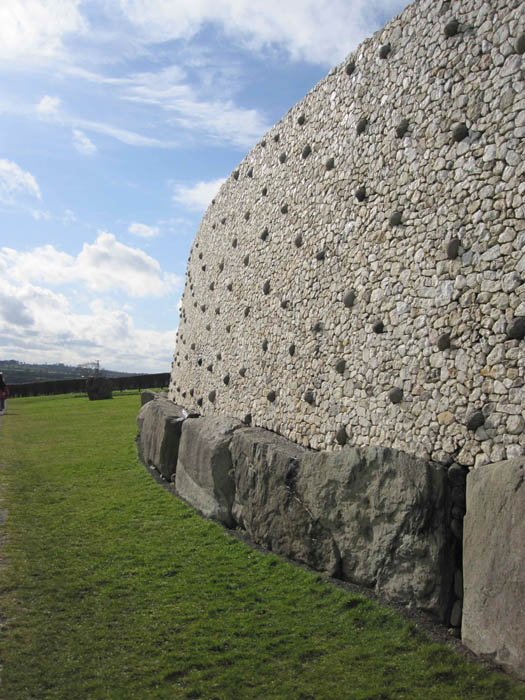 Let me just say that I may have liked Newgrange slightly more than Stonehenge, but only because people were allowed to touch the stones and go inside the tomb. Granted, they are very different structures. The passage tomb at Newgrange is older than the Egyptian pyramids. 5,000 years old! The bottom rim of the tomb is line with kerb stones. Most of them have ancient designs etched into them. The tour guide told us that most of the artwork faces inside, though, because ancient people–they think–believed that the designs would pull the magic inward, into the tomb. The tour guide led us inside the passage tomb. The actual passage was narrow and irregular, and she warned us to watch our heads at all times. Sometimes I could stand straight up in the tomb, other times I had to duck low. The inner chamber contained three niches, each with a stone basin. Ashes were found in each basin, which makes researchers believe that Newgrange was some sort of holy ground or burial site. Every winter solstice, the light of the sunrise travels directly down the passage tomb’s tunnel. The tour guide simulated what the light coming into the chamber on winter solstice would look like by turning out all the lights except one at the end of the tunnel. Only 20 or fewer people can fit in the tomb at a time, so you must apply if you want to be one of those few on the first day of winter every year. 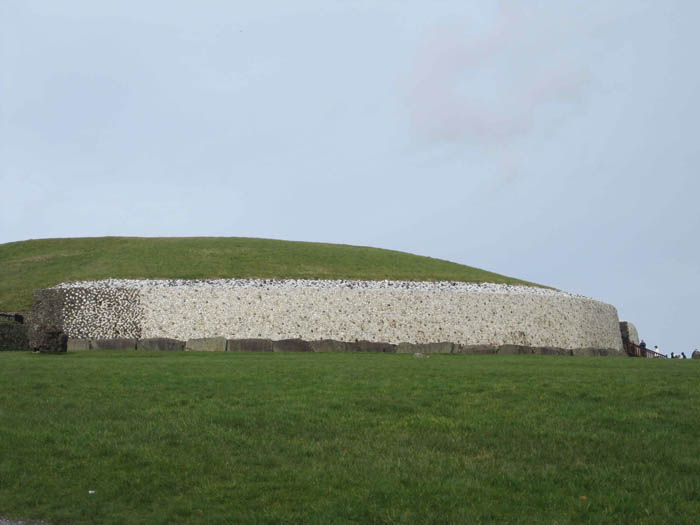 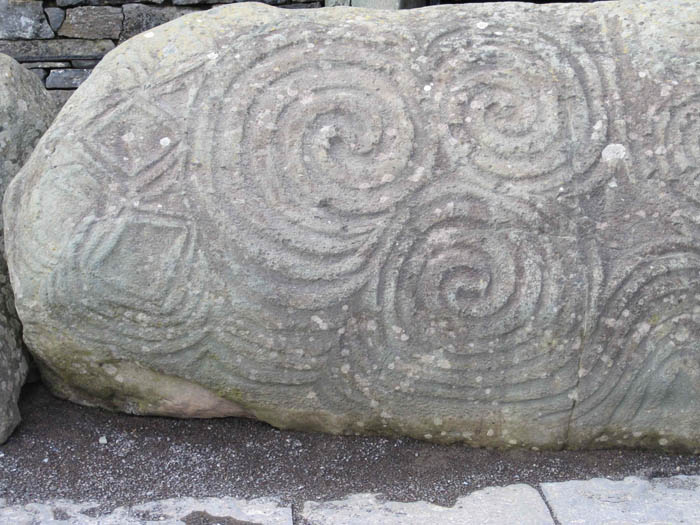 After I got back to the Newgrange Lodge, it was about dinner time, but it began raining cats and dogs outside. Plus, it was getting dark, so I didn’t think it was a good idea for me to walk a few miles into the town of Donore, even though it was basically a straight shot. The receptionist was very kind to me and helped me order lasagna from a place in town. They would deliver it to me and I could eat it in the lodge kitchen. I didn’t mind paying the extra money for the lasagna to be delivered because I was enjoying myself too much at Newgrange. It was an awesome place.

My lasagna was delivered in a tin foil tray. I ate it feverishly. I talked to the receptionist for a while. (Looking back, since I’m writing this a year later now he sort of reminded me of Raj from The Big Bang Theory. He was an Irish Indian. Ha) The rain cleared up soon after that, so I decided to go outside to watch the sunset. It was the most amazing sunset I experienced my entire time abroad. It was not the most colorful, but the silhouettes it created were amazing. Newgrange was one of the quietest, most peaceful places I’ve ever been in. The picture below doesn’t even capture the dampness and fresh-rain smell, and the sound of birds at dusk. I could see the mounds in the distance. I think I even spotted Dowth. While I was glad I was alone–it gave me a good amount of time to reflect on a lot of things–I sort of wish someone else was there to share my experience. 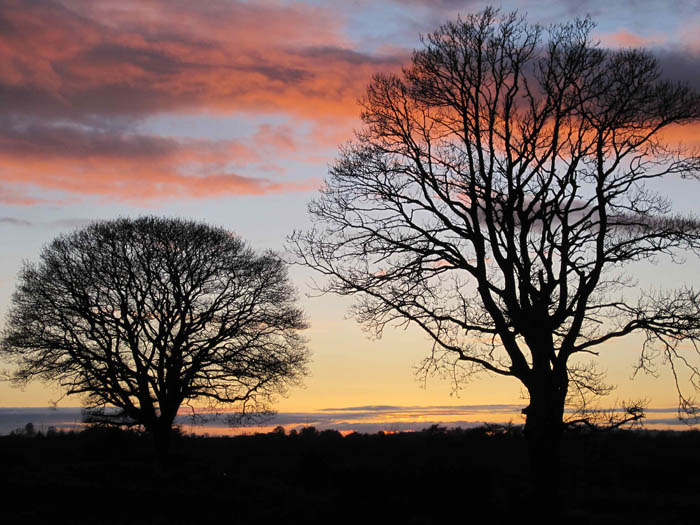 The breakfast and the bed and breakfast was just as good as the beds. I slept really well at the lodge and awoke to a feast of breakfast foods. I had granola with yogurt and nuts, scones with black currant jam, toast, tea, plums, and fruit salad. I had to rush out the door at 9:30 AM, though. I didn’t want to miss the first tour of Knowth, otherwise I wouldn’t see it before my bus came to take me back to Drogheda (and ultimately Dublin). I did get to Knowth on time. 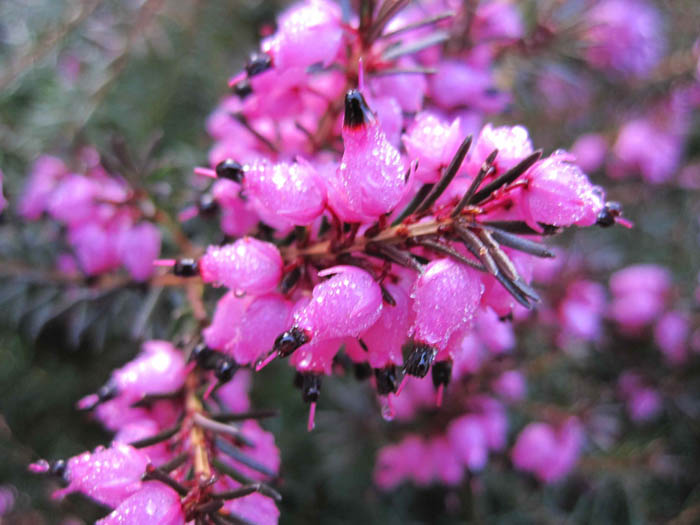 A peculiar type of flower I found at Knowth, but saw all over Ireland

The weather could not have been more wonderful. The sun was shining and there was a lovely variety of clouds. The tour of Knowth was just as amazing as Newgrange. Knowth is an even larger passage tomb, and in some ways, even more amazing than Newgrange because it has several satellite tombs surrounding. Knowth is not as decorated as Newgrange in the sense that it does not have the white quartz walls, but it makes up for it in size. Inside the long passage tomb of Knowth lies a large basin stone where an ancient flint mace head carving was found, in tact. Perhaps the most peculiar thing archaeologists found out was that the basin stone is far too large to fit down the passage, even before parts of the tunnel began eroding. (Unlike Newgrange, no one is allowed to go down the passage in Knowth because the tunnel is too unstable.) It must be then, that the entire mound was constructed around the stone basin. Whoever built Knowth built it very intentionally around this basin. Weird and fascinating that these ancient people had so much foresight and did so much architectural planning. Whereas Newgrange was built to line up with the sunrise on winter solstice, Knowth was built to line up with sunrise on spring equinox. Unfortunately, the tunnel is damaged beyond repair, as aforementioned, and the beam of light no longer reaches the inner chamber. 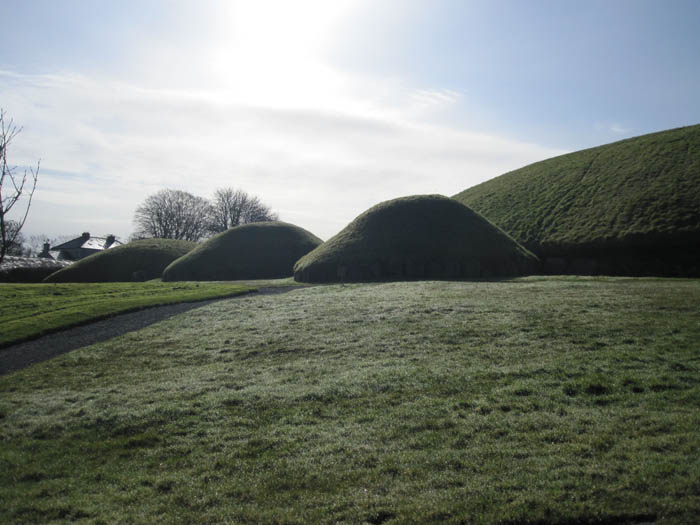 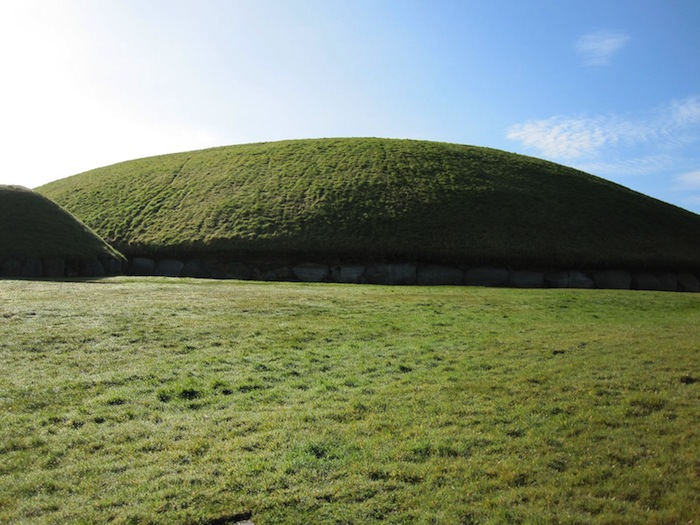 The Great Mound at Knowth 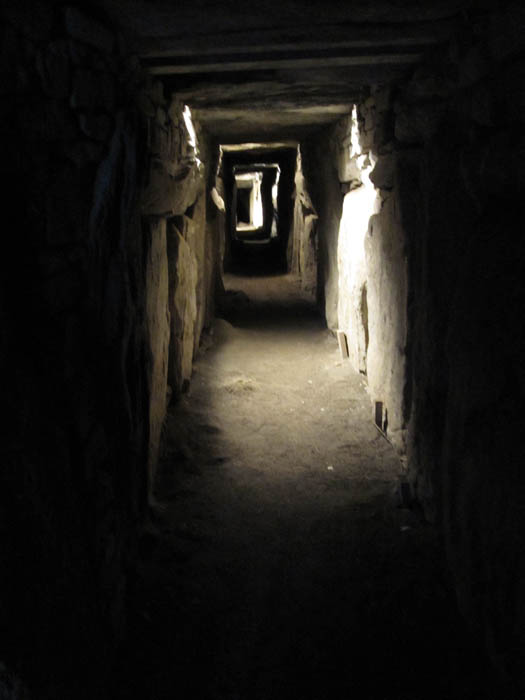 The passage tomb at Knowth, lined up with sunrise on spring equinox 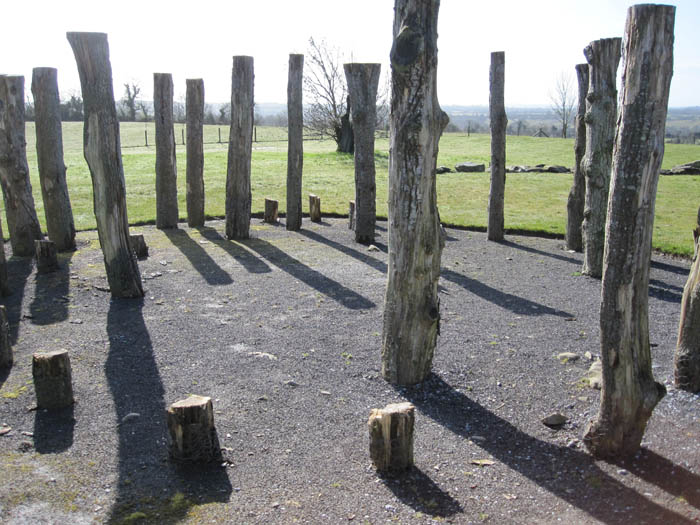 A woodhenge at Knowth

Upon leaving the site of Knowth, I surveyed the valley of the River Boyne one more time. Green as far as the eye could see. Sheep baa-ing. And a spring sun to warm me in the breeze. But I had to get back to the hotel quickly to grab my bag and get on a bus to Drogheda… More on that next time as I recount my semester last year. 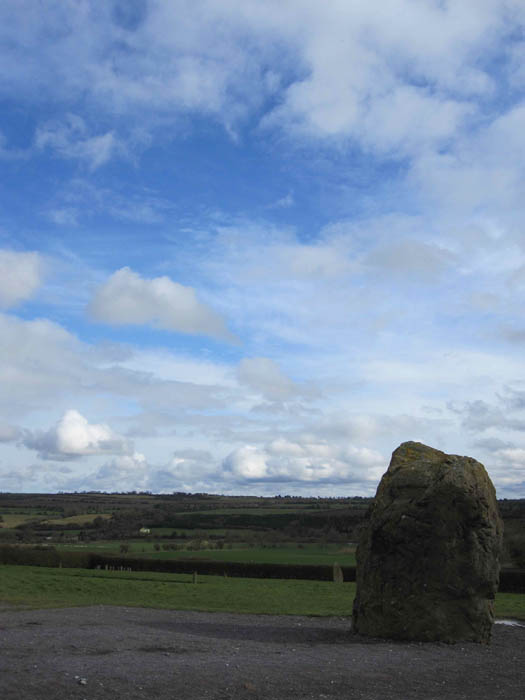