Once again I packed my bag for another journey. Today I was going to Tholen, in the province of Zeeland, to see my Opa (grandpa) and uncle and family. The town where my father was born and raised. I ate krentenbollen met kaas and eierkoekje for breakfast, washing it down with a cold glass of Chocomel. I said goodbye to Tante Tannie, and Oom Piet took me to the train station. I rode with him to Amsterdam, but that’s where he left me. He gave me a boarding pass for my next train, and he sent me off to find it. I got to Spoor 14 A (Platform 14A), where my train was supposed to be, but I saw no train. I panicked a little, but quickly found a conductor. The conductor told me to take the train on Spoor 13A. I got aboard the train stationed at 13A without question, in hopes that the conductor was telling me the truth. I asked a young man sitting across from me where the train I was now on was headed. He said Dordrecht. I asked if I the train would stop in Bergen op Zoom, where my Oom Johan would be picking me up. The man graciously looked up the route on his Blackberry. The train was going in the right direction–south–but that would mean I would have to get off at Den Haag and switch trains to one with a terminus in Vlissingen to get to Bergen op Zoom. This meant I’d be a half hour late, so I texted my cousin to let them know I had to switch trains. Everything went fine from there on. I had a cola, granenbiscuits, and lakritzMentos to snack on for the duration. I got off at Den Haag, waited for a half hour, then resumed my journey to Bergen op Zoom. 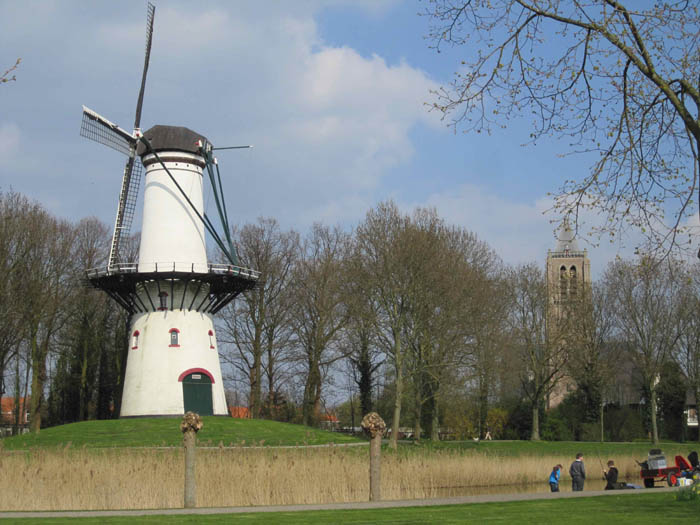 The Molen (Windmill) and Kerk (Church) of Tholen

Oom Johan and his daughter, my cousin, Marjan picked me up at the station in Bergen op Zoom. First they drove me into Tholen, to their home for lunch. We had wosteballen. Marjan showed me the tuin (garden) in the back of their house before we drove to Dalemhof, the retirement home where my Opa lives. He lives on the third verdieping–or floor–which is the 4th floor according to Americans. (The Dutch have the same floor numbering system as the English.) Opa has a little block outside his door with M. Overbeeke etched into it. Opa immediately started talking with me about the last time I was in the Netherlands–7 years previous. I had to speak a bit louder than usual, since he’s a bit deaf, but he showed me his mooie uitzicht (nice view) of Tholen. 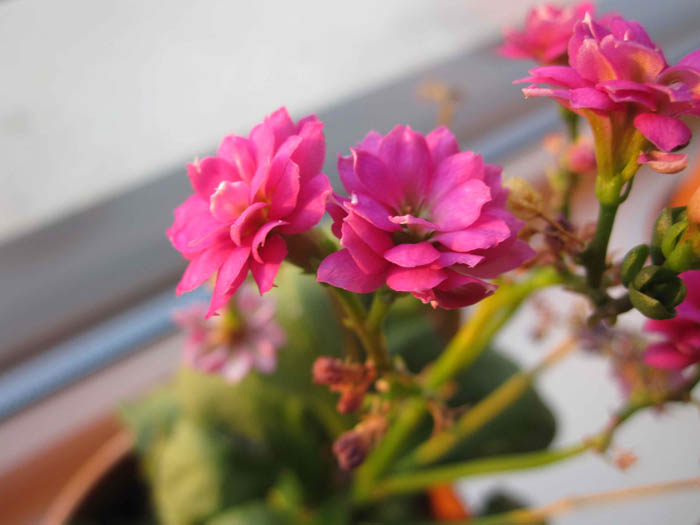 Oom Johan took us all for a drive out to the Sint Annaland to see the Streeksmuseum de Meesthof. Opa talked about different things as he saw them out the car window. The museum also brought up a lot of good memories. Even though my Dutch is limited, I was able to understand a few keywords and get the gist of his memories. The Streeksmuseum is a cultural museum of the island of Tholen and its history. The museum contains traditional Zeeuws costumes and dress and artifacts from the great deluge of 1953–the worst flood in recent history to hit the province of Zeeland. After a nice time at the museum, we dropped off Opa back at the Dalemhof. We had frikandellen and patat/friet for dinner at Johan’s place. Johan took me to the C1000 after dinner, where we bought some candy for our day trip the next day, plus bolusen (a Zeeuws treat sort of like a sticky cinnamon bun, but better). We took the bolusen with us to Opa’s, where spent the evening talking over koffie (coffee)–as much as I could converse in Dutch. My cousin Martijn stopped by to show me his Mini Cooper. He had just had a new job as a cook. Shortly after, Oom Johan and Marjan returned home, and I spent the night sleeping in Opa’s spare bedroom. 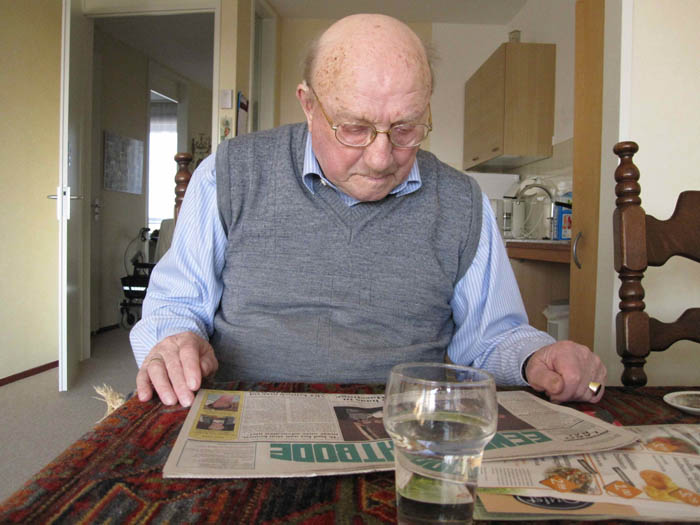 Opa fixed breakfast in the morning–ontbijt. He had two plates out on the table with boiled eggs, boterham, cheese, leftover bolus, and tea. He kept insisting I eat more, so I did till I was full. He told me his caretaker was coming at 9 AM. Her name was Leoni. He told her he had a logee–or overnight guest. She helped him with his leg wrappings and his pills. After she left, we went down to his mailbox to pick up his newspaper or krant. We read in the living room for a while till Johan came to pick me up. The time with Opa was short, but sweet. I don’t get to see him very much at all, but I still appreciated his hospitality. I said my goodbyes and love yous and went off to explore Zeeland with Johan and Marjan. 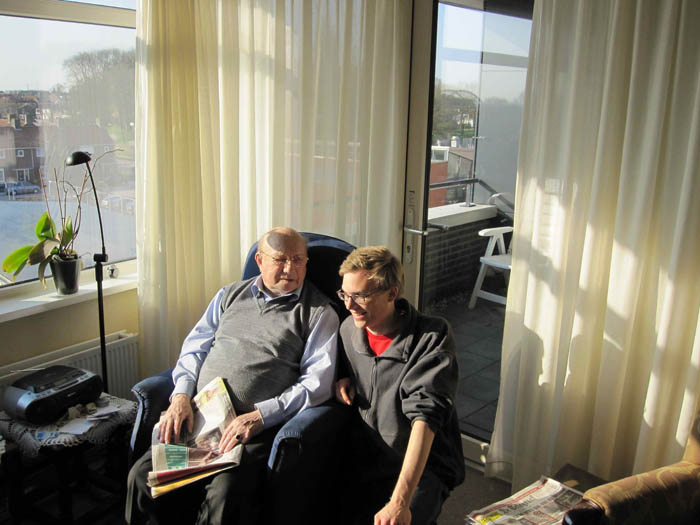 Opa and me in his living room 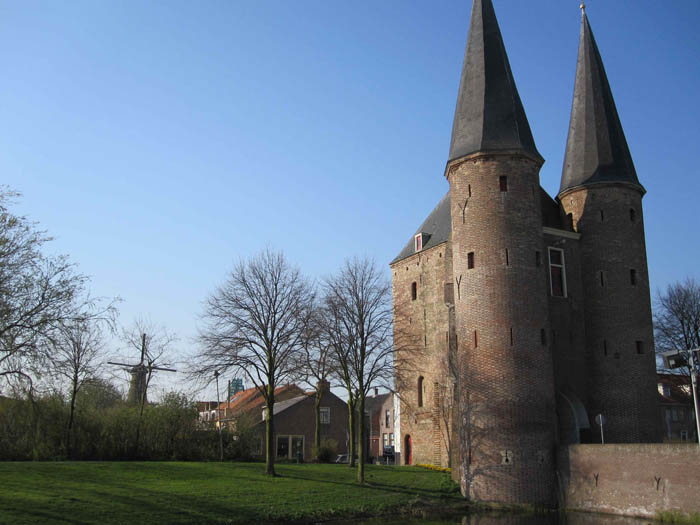 Our first stop was the old town lined with cobblestone-paved streets: Zierkizee. A large tower and Romanesque church stand in the center of the city. We visited the Maritime Museum, which was, interestingly, housed in an old prison, where people were tortured and punished. Eek. The Maritime Museum showed quite a bit of the history of this old sea town. When I looked out one of the windows, I was struck again with just how far one can see in the Netherlands. Over the orange rooftops, the land and sea are so flat it’s not hard to see for miles on a clear day. One can see turbines and windmills that must be over five miles away, turning on the hazy horizon. 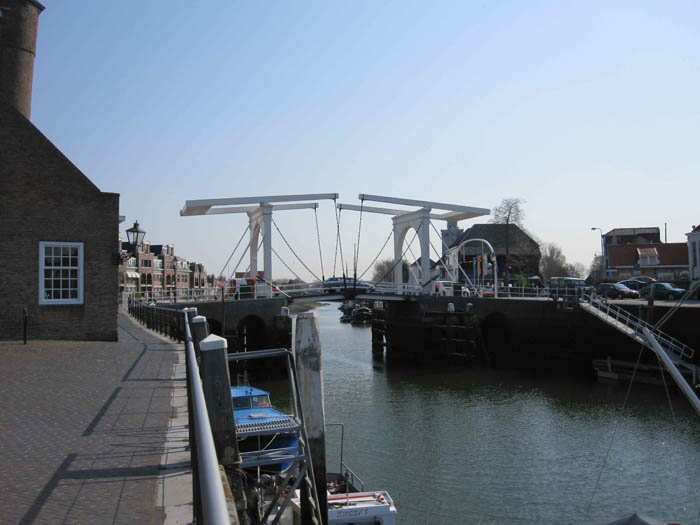 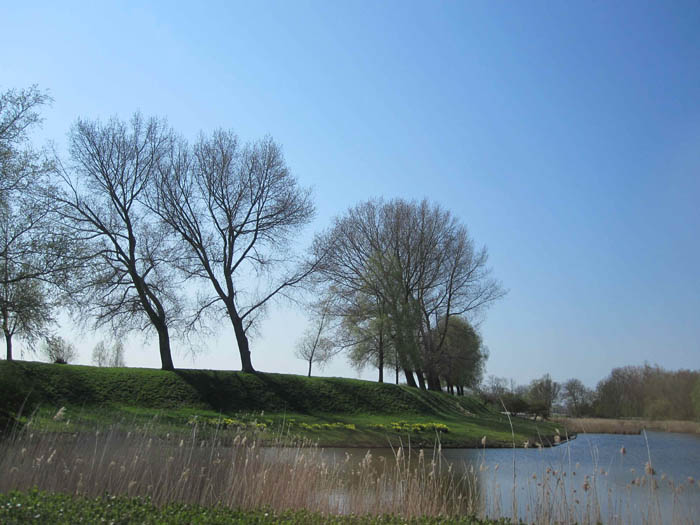 A dijk outside the town of Veere

Our second stop was Veere. Veere was probably my favorite stop; Veere is a lovely town. My maternal grandmother’s ancestors are from Veere. Veere has a nice church with a tall spire and a nice promenade to walk upon with lots of nicely pruned trees. I took a picture of the Zeeuwse flag

At lunctime, we ate at a McDonald’s in Middelburg. I ordered a “Dutch Deluxe” burger for my meal and had a stroopwaffel flavored McFlurry for dessert. Stroopwaffel is a caramel syrup and waffle/biscuit treat. Heel lekker! Onward, our next stop was Vlissingen, where we walked the long boulevard along the water. (Vlissingen is sometimes Anglicized as Flushing.) The boulevard is named for Michiel de Ruyter, the most famous Dutch sea admiral. He is known for his valiance in the Anglo-Dutch naval wars of the 17th century. We could see all the way to Belgium at one point of the walk, which really is not that far away, but it’s still an impressive distance to see across the water. 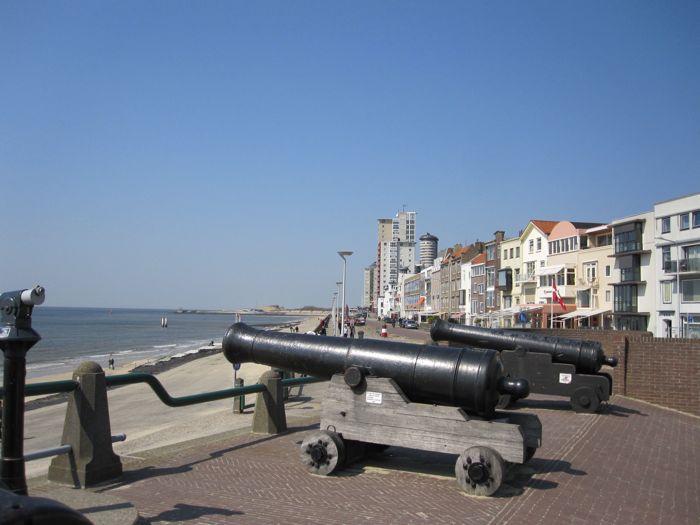 Boulevard in Vlissingen on the North Sea 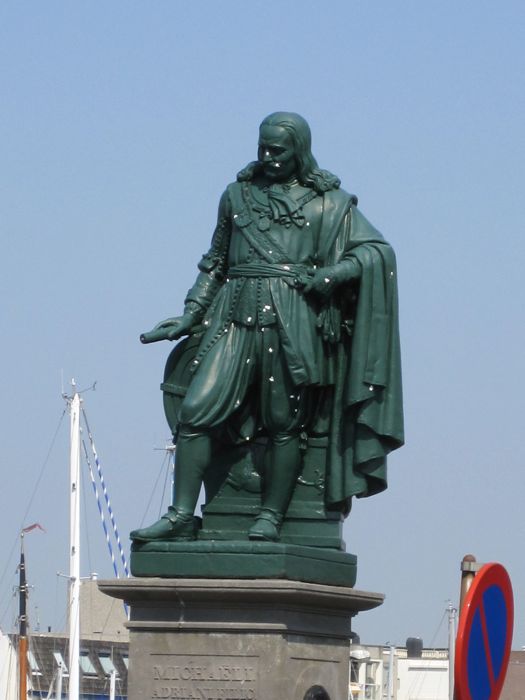 Bergen op Zoom was our last stop on our tour of Zeeland, and the place I would get on the train to Nijmegen. We walked around a bit, and checked out the Markiezenhof. At 4:30, I said goodbye to Oom Johan and Marjan, and boarded my train. Again, it was a short time in Zeeland, the province where my father grew up, but it was good to see it and my relatives again. More relatives in Nijmegen, on the German border next! 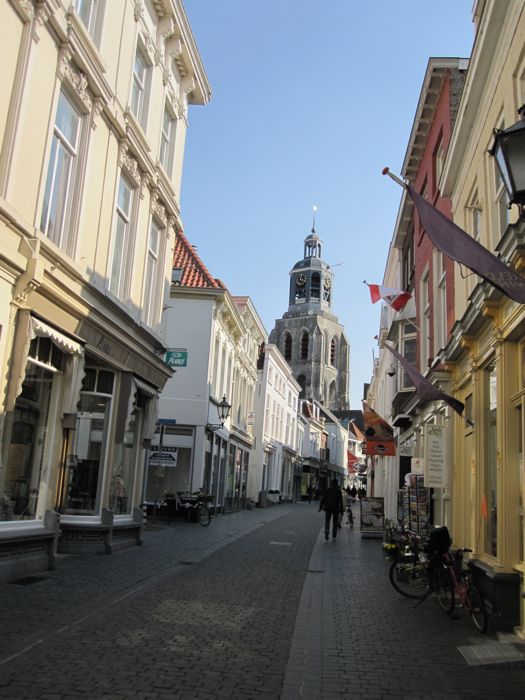 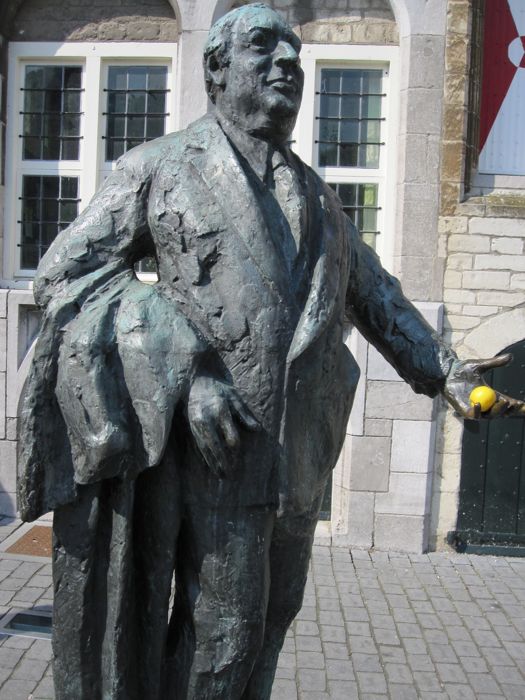 Statue of Anton van Duinkerken, a famous Dutch poet, writer, and professor, in Bergen op Zoom — someone comically put a lemon in his hand