Late in the afternoon of April 15, I took the train from Bergen op Zoom to Rosendaal to Nijmegen. Tante Hennie texted me that she was waiting for me at the top of the escalator outside the train station in Nijmegen, and so she was. Oom Wim was waiting in the car, and they drove me to their house where the served chicken and vegetable soup for dinner with vla for dessert.

After giving Tante Hennie my wash, I sat up talking with my uncle and aunt and watching Dutch TV. We had kroepoek as a late night snack. They let me check email on their computer, and then I went to bed around 11 PM. I slept in one of my cousin’s old rooms (both of them were moved out at this point) under a pile of nice warm blankets.

In the morning, I took a shower. I went downstairs and had breakfast on a cutting board. (Having breakfast on a cutting board might be a Dutch thing, but it might be a Overbeeke thing, too, considering that my Tante Tannie had done the same thing.) Tante Hennie showed me the headlines in the newspaper. The big news was that almost all commercial flights in Europe were being cancelled because of a huge volcanic ash cloud coming from Iceland. My immediate thought was, “Good thing I chose to book a ferry back to England.” But then I remembered that my parents were supposed to be flying to Europe soon, and my thoughts became worries that they might not be able to come. So I said a little prayer that the aswolle (ashcloud) would go away and that everyone would be safe and be able to resume their lives. 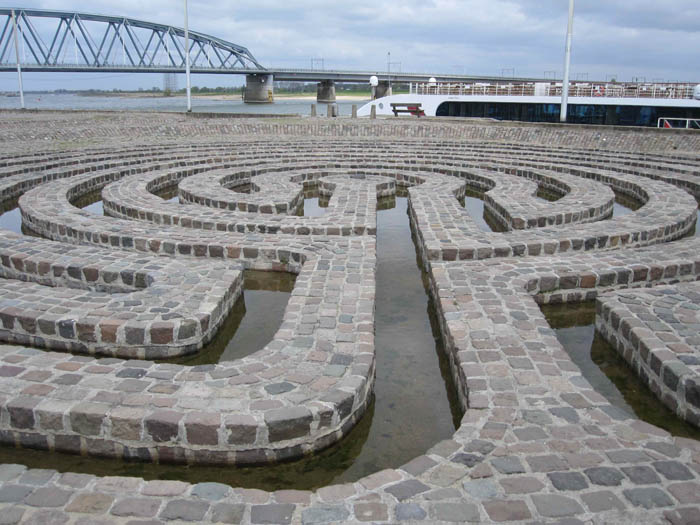 The Walk of Life on the River Waal

Oom Wim headed off to work, but Tante Hennie had to do some boodschappen (errands) before the weekend. She asked if I wanted to go to the C1000 with her (a grocery store chain in the Netherlands), so I said yes. The C1000 was only a minute’s walk from their house, and there was something nifty about doing an ordinary-everyday-sometimes-considered-mundane task with my aunt. This whole semester seems to be about doing new, unusual things and going to places you’ve never seen before and learning lots. But, since I had been traveling for almost 3 weeks at this point, and I was still at a home-away-from-home-away-from-home-away-from-home, it was just nice to do something so ordinary. Grocery shopping with my aunt! (Well, the part about “with my aunt” was not so ordinary, considering I live like three or four thousands miles away from her normally.) Now I don’t want this to sound like some great epiphany or profound philosophical moment, but it made me appreciate routine, daily things more.

We brought the groceries back home, put then away, downed a cup of coffee, then Tante Hennie took me out to see the city of Nijmegen. We took the bus to the center of the city. 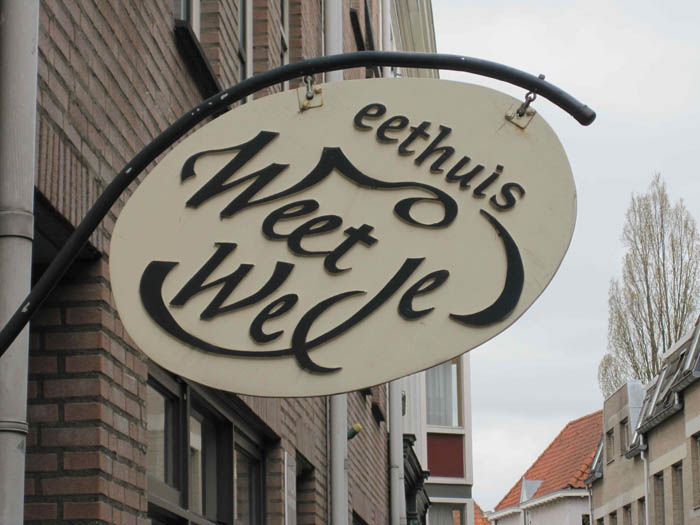 Nijmegen lays claim to being the oldest city in the Netherlands. She showed me all the old, famous buildings and places, including the city walls; Keizerkarelplein (that’s Dutch for Charlemagne’s Square); the River Waal and the Walk of Life “sculpture” on the river; the Valkhof; the Belvedere; and Sint Stevenskerk. One memory that has stayed with me from our look inside St. Stevenskerk was a photograph on display showing Nijmegen in WWII after several bombings. Much of the city looked like rubble. 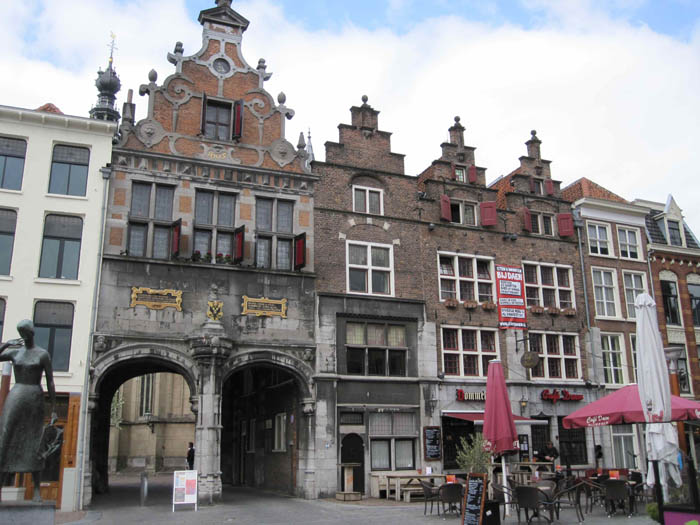 Gabled roofs on buildings on the Grote Markt in central Nijmegen 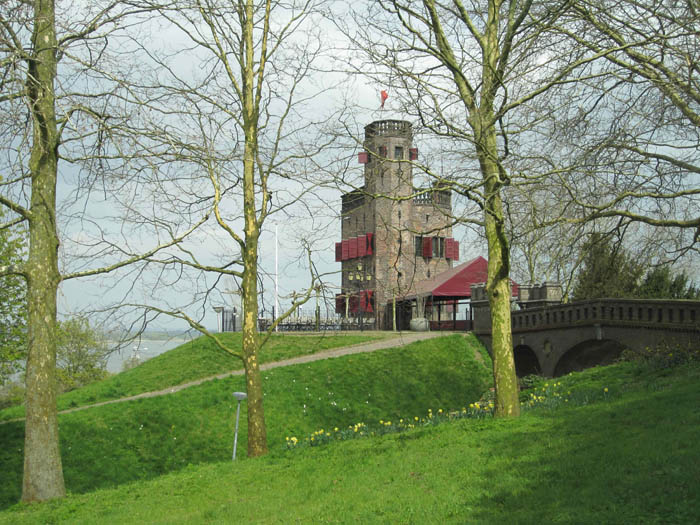 The Belvedere tower (now a restaurant, where my cousin used to be a chef)

We met up with Oom Wim in a square near St. Stevenskerk and went to the top floor of the nearest Vroom and Dreesman to have lunch. I followed my uncle and aunt around shopping for a bit after lunch. Tante Hennie was casually looking for a new jacket and Oom Wim was looking for a new battery for his watch.

We spent the remainder of the afternoon in the Valkhof Museum, which was filled with modern art and exhibitions on the Roman period of Nijmegen. In Roman times, Nijmegen was called Noviomagus. A map was on the wall in one of the display rooms, showing all the major Roman cities/forts across Europe. I couldn’t help but see that Noviomagus (Nijmegen) and Eboracum (York) were really not that far apart, compared to the distances between some of the other ancient Roman cities.

We returned to Hennie and Wim’s for the remainder of the afternoon, were I enjoyed a pilsje (beer) — Amstel to be exact — on the back patio in the sun, while my uncle and aunt read.

For dinner we went to my cousin Ciska’s new house. (Ciska is Hennie and Wim’s daughter.)  I got to meet Ciska’s boyfriend Reza. The house was in the middle of a renovation project, and the upstairs was not quite complete yet, but it was cozy nonetheless. Ciska served a potato casserole and bread (with olive oil to dip it in) for the meal.

We watched the news and enjoyed creme puffs. We ended up watching their favorite Friday evening television show, “Flikken Maastricht.”  Reza told me that flikken was apparently a naughty word for the police. I tried to understand the episode as best as I could, since it was all in Dutch, of course.

Tante Hennie and Oom Wim took me back to their place. I checked my email messages and had one more snack before retiring to bed. One more night in the Netherlands! Tomorrow, my uncle and aunt would take me to the port at Hoek van Holland. Meanwhile, the Icelandic volcano raged on…


Previous post: There and Back Again: A Student’s Tale
Next post: Hoek van Holland to Harwich and Back to York
Tags: Nijmegen, Spring Break, The Netherlands
Posted in Journal