Durham: A Bend in the River and Evensong

Farewell to My Parents

I met my parents at the Brentwood again in the morning. They were enjoying another full English breakfast served by the lovely couple who ran the bed and breakfast. They even offered me some, but I only took a gooseberry yogurt and tea.

We went up to their room one last time, closed up their suitcases, and headed downstairs. The hostess and her chef husband were very friendly had a little trouble with the card swipe machine to check my parents out, and I was starting to get a little anxious (maybe unnecessarily so) that we wouldn’t make it to the train station in time for their 10:06 AM train to London — but we ended up getting to the station with 20 minutes to spare. 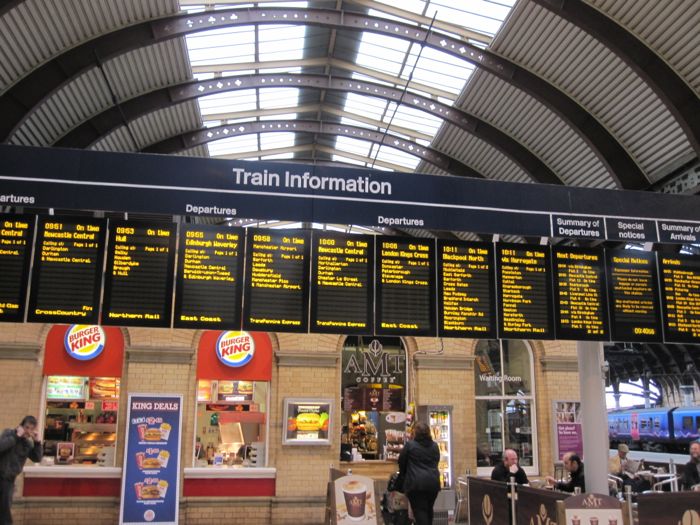 We gave our hugs and kisses goodbye. I wouldn’t see my parents in person for another month. It was definitely good to have them visit; it gave me a boost of encouragement and support for my last month in England. I watched as their train sped off to the south. It was a pretty emotional moment, and I teared up a bit after their train was gone.

Throughout the rest of the day, I was keeping track of when they should be arriving in London, what they would be doing now. That afternoon, I finally settled on a topic for my final Tracking British Literature paper: the role of the conventional family and Wuthering Heights. I scoured Wuthering Heights for key quotations and passages for my paper. Something about having family with me for two and a half days had rejuvenated me. I was able to find all my evidence and write up an outline. All I had left to do was write up a rough draft of my paper in the morning.

Friday, April 30, was Koninginnedag — Queen’s Day — the Dutch celebration of the Queen’s birthday. I wore orange and passed out dropjes to my Britain friends. Let’s just say most people didn’t like them. Mary memorably spit hers out in the dirt. Ah well, more for me!

Most of the day was spent writing my Wuthering Heights essay. I think I finished that essay in record time.

There was a barbecue in the dining hall that night for a York St John vice chancellor’s retirement (something or other). The outdoor barbecue was a joke in comparison to the ones that Calvin’s dining services would put on Commons Lawn. Then again, I hadn’t seen much evidence that the English knew how to really barbecue or grill. I noticed a lot of small tin trays with grates with coal that passed as their grills, but hardly ever (never) a regular grill.

That night, I turned in my rough draft of my essay to Dean and we had our usual Friday night fun. We played charades, in which I embarrassingly had to act out “giving birth.” I was set up to do that one, I tell ya! Nonetheless, it was a lot of fun, and I went to bed in high spirits and excitement for our day trip to Durham the next day.

I woke up to glorious sunshine and a blue sky. Durham was about 2 hours north of York. I tried reading our next book, Mrs Dalloway, on the coach ride there, but it’s hard enough to read while on the road without getting motion sickness, much less a book written in stream of consciousness — that’ll definitely give it to you — so I gave up. Meanwhile, I thought and prayed for my parents, who were due to leave London for Detroit.

Durham is a lovely town on a hill between two bends in the River Wear. We were given three hours to roam as we pleased before meeting back up at the Hogwarts-like St Chad’s College for a 3 PM panel discussion.

Natasha and I decided to talk a walk around the city and stroll the river walk. The castle was only open for guided tours, and the next tour — 2 PM — would cut it close for our panel discussion. The river walk had grand views of Durham Cathedral, and it was fun to watch people paddle row boats down the river. 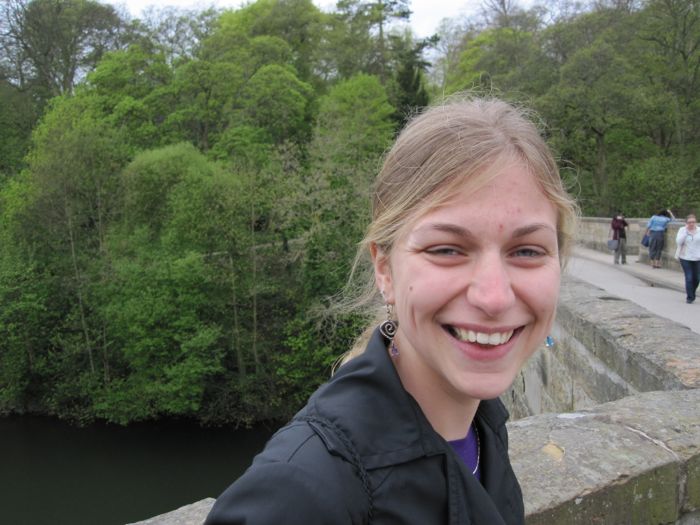 Walking around Durham with Natasha 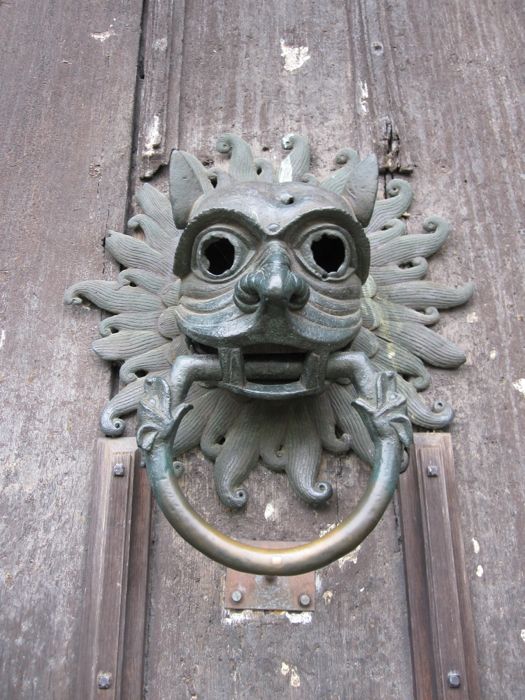 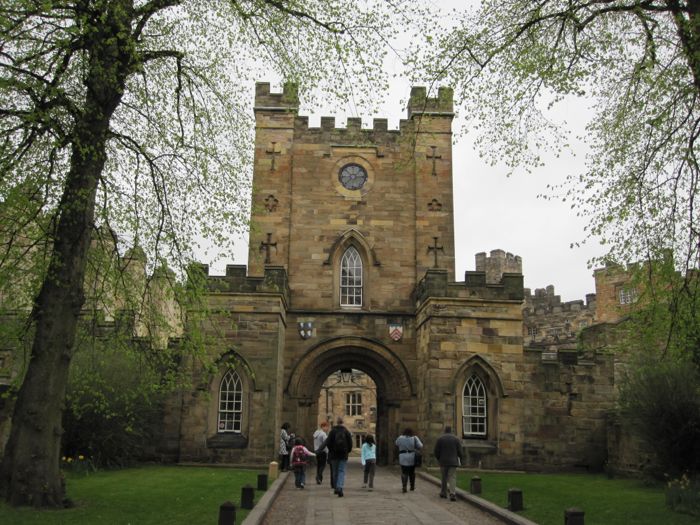 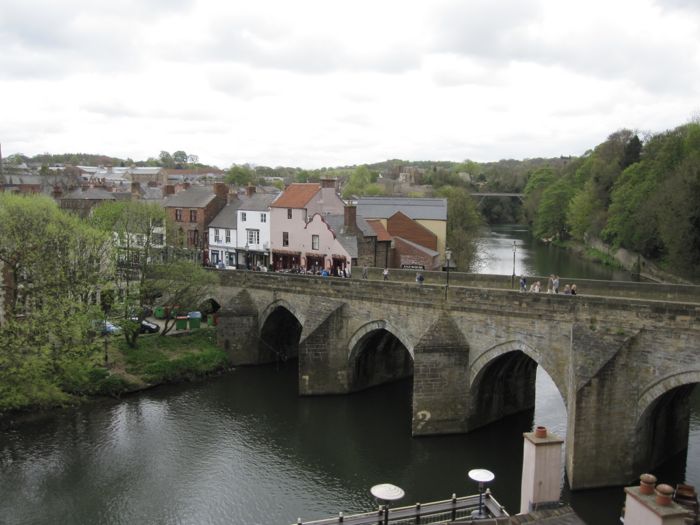 We stopped at Esquire Coffee House for lunch. We weren’t too interested in shopping, as others had decided to do, so we returned to the riverside and slowly meandered our way back to St Chad’s.

The panel discussion was about politics, ethics, and the education system in the UK. One of the panel members was a former Calvin professor who had relocated to Durham. The part I found most interesting was their discussion of post-humanism, which I found particularly (and oddly) relevant to my YSJ media class, since Marshall McLuhan had philosophized a lot about “extensions of man”–the idea that electronics are extension of the human nervous system. The panelists went into the topic of anti-aging technology and salvation through technology. Fascinating stuff.

But no matter how fascinating the conversation was, I guess I didn’t realize how warm the room was nor how tired I really was. At one point, I think I made a jolt–that everyone noticed–as I began to fall asleep in my chair.

Immediately after the talk, we headed to an Evensong service at Durham Cathedral. I finally go to see the famous alternating patterns on the columns inside the cathedral that I had learned about in Art History class. And, the service was beautiful, full of singing and chanting — though a little chilly, since large cathedrals like this don’t have heating. (I think the chilliness kept me awake). 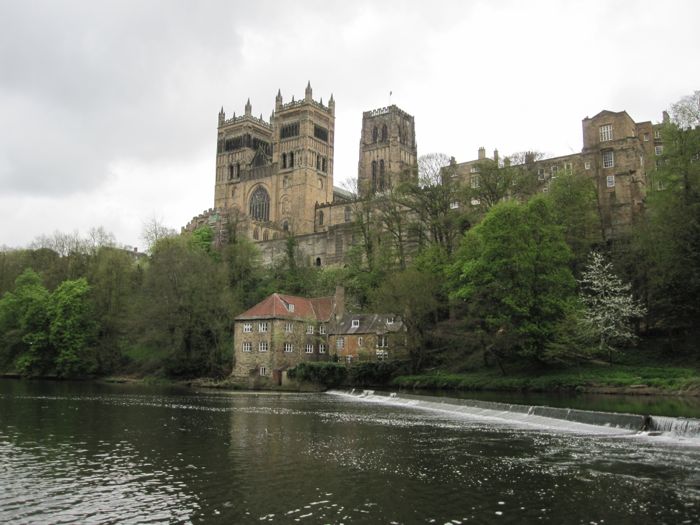 Back in York, I got a text from my brother that my parents had made it back to Detroit safely, and that he and my sister were headed to the Grand Rapids airport soon to pick them up.

I watched The Importance of Being Earnest with friends at Lord Mayor’s Walk with Mary, Melissa A., Fran, and Erin in Fran’s room. It’s a comedy by Oscar Wilde. Maybe because I knew nothing about it and went into it with no expectations — or because the hilarious Fran was in the room — I found it very funny.

When I got back to my room late, I got another text from home that my parents had made it there safely, and that London had gone well. Yay! But it was time for bed again, thoroughly exhausted, after a very packed week.