After a great weekend in Edinburgh, wishing it had been a week at least, I woke up at 8 AM the following Monday to get my day started with a full English breakfast. I caught up in my journal and had the most productive hour of writing yet. I wrote 1,000 words of my media essay in an hour before lunch, and 1,000 words after lunch. For me, that’s a record, since I usually mull over my words much longer for essays. Maybe I was starting to care less?

Aside: I feel like I write about my homework assignments a lot in this blog, but the reality of the situation was I was either out and about on awesome excursions or working feverishly on a paper or reading a book. The workload was perhaps lighter than a normal semester back at home, but I felt like I had less time to do things. Some days I went from extreme boredom or stir craziness in my room to happy exuberance exploring the streets of York.

That night, Gordon Brown had announced his resignation as Prime Minister following the General Election, which left a hung parliament, as had been predicted. It would be interesting to watch what would happen next….

After an entire day of writing, though, I spent the evening watching interesting BBC shows on the iPlayer, including “Modern Masters.” The episode was about artist Henri Matisse. One factoid I learned was Matisse’s effect on author and artist Dick Bruna, creator of the cartoon bunny Miffy (or Nijntje in Dutch).

We had our last British Culture class meeting the next morning. My sciences group (Eva, Patty, & Dana) did our final presentation first. It felt good to be completely done with at least one class.

I think it’s feast or famine with me. Of course, having been productive the day before, Tuesday was completely the opposite. I spent time being scatterbrained beyond repair, so I settled in to watch the breaking news on the BBC. David Cameron indeed had become Prime Minister as of 8:35 BST. Unlike in the USA, where there is a few months between the election and inauguration — a transition period of sorts — the PM of the UK forms their government right away — no transition period. I watched as a silver Jaguar carried Mr Cameron to Buckingham Palace where Queen Elizabeth II, inside, would give him permission to form his government. The same car carried Mr Cameron immediately afterward to No. 10 Downing Street, where he gave a short speech. The Conservatives (aka Tories) and Liberal Democrats had made a deal to make a coalition government. In other words, they needed to join forces in order to make a majority party in order to take power from the Labour party (Gordon Brown’s party). 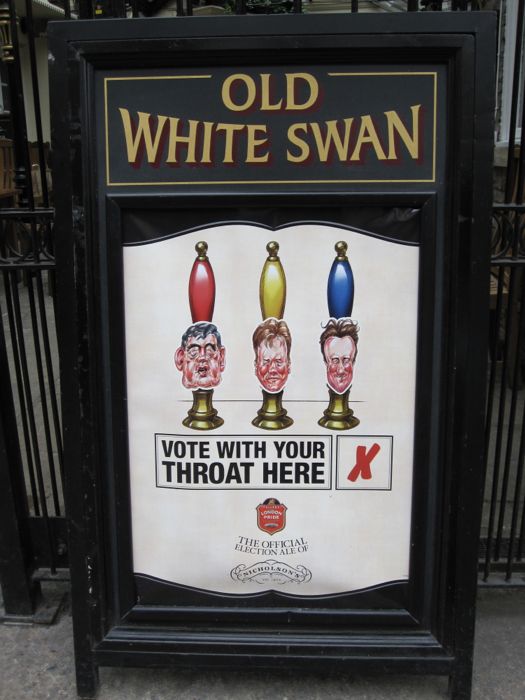 Clever “Vote with Your Throat” advertisement outside the Old White Swan, York, complete with caricatures of Gordon Brown, Nick Clegg, and David Cameron

Cameron would now be PM for 3 years, as I understood it, but as far as I understood, an election could be called almost at any time in the UK (don’t quote me on that, since I never mastered all the finesses of their system). Nevertheless, I found all these aspects of the UK government to be fascinating. It’s cool to be in the country as the news is happening. I’m not sure how big of a deal they made about it in the US, but at the very least it would be a news blurb.

Wednesday, I studied with Erin for our Roads to Revolution exam. We didn’t know what to expect too much, as we had never “written” an exam for a British class before. If I was going to be studying, it was nice not to be studying alone for a change. I don’t know if I could ever get used to the YSJ/British school system; I don’t think I ever fully understood how it worked.

Thursday morning was the exam in the Foss Gym. I think the exam went well; it was actually quite easy, in my perspective. Granted, I was only really worried about the pass/fail part, and I didn’t think passing would be hard to begin with.

I handed in my media portfolio for my other YSJ class that afternoon. This required wrapping it in some strange paper folder thing and tearing off a perforated edge. No staples, no names on the actual paper (I guess to prevent bias) — more akin to turning in a standardized test in the States than turning in a paper.

Our last Brit Lit class met as well on Thursday. It was mainly a wrap-up/review for our final exam. Dean also passed out Quittance Forms that we were required to sign and check before leaving YSJ.

I did a little bit of souvenir shopping. Having been in York this whole time, I hadn’t taken the time to actually buy any little mementos of my time, plus I wanted to get a few gifts for my family. I spent the night catching up on my commonplace book, which I had allowed to fall behind. Just a Brit Lit exam and essay to go yet.

I finished souvenir/gift shopping on Saturday, ending up at Caffè Nero to use my loyalty card for a free drink. Turns out, the barista made too much frappe milkshake, so I essentially got 2 free drinks!

That night, we had our usual hangout at Dean and Nancy’s. We celebrated Nancy’s birthday, which was the next day, with cake. I packed my bag a bit for our excursion to Hadrian’s Wall Saturday, which we would have to leave for early.

I woke up at 6:30 AM for our penultimate group excursion to Hadrian’s Wall, the northern limit of the ancient Roman Empire in Britain. We had a lot of “visitors” along with us for this excursion, including Fran and friends from the F Block in Lord Mayor’s Walk. I brought along a lot of my Brit Lit books to study on the bus, including Middlemarch, which I was writing my final paper on. Yeah, that studying didn’t ever really happen. Ha ha. 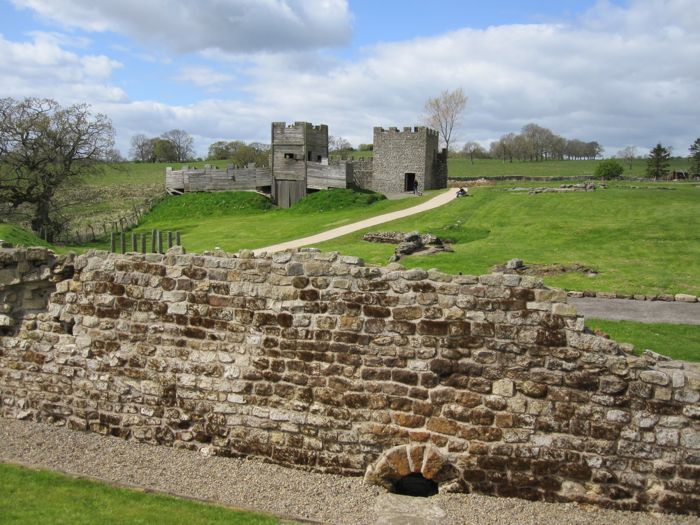 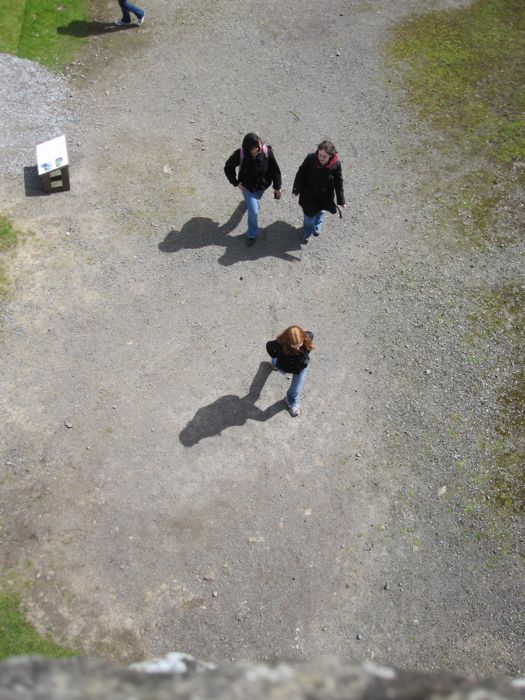 Mary, Melissa A., and Fran from above, Vindolanda 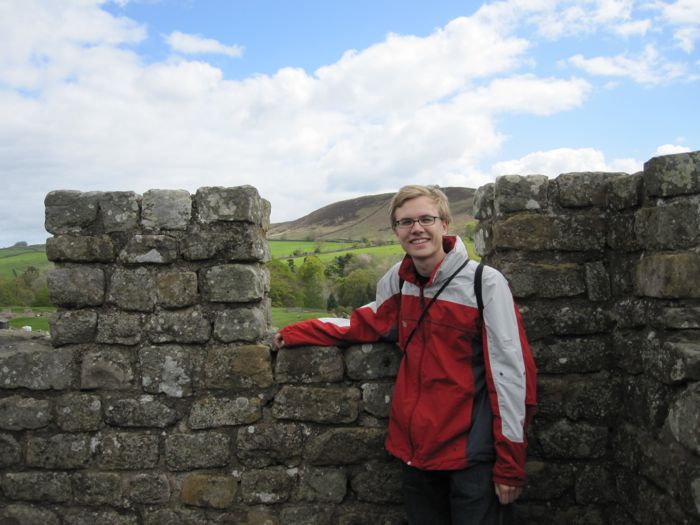 Our fist stop was the excavation site of Vindolanda, an old Roman fortress settlement. We had come from cloudless, blue sky York, to a grey sky threatening rain at Hadrian’s Wall. But such was English weather.

For the second time this semester, a bird pooped on my head, believe it or not. It was a fly-by poop shooting outside the Vindolanda museum. 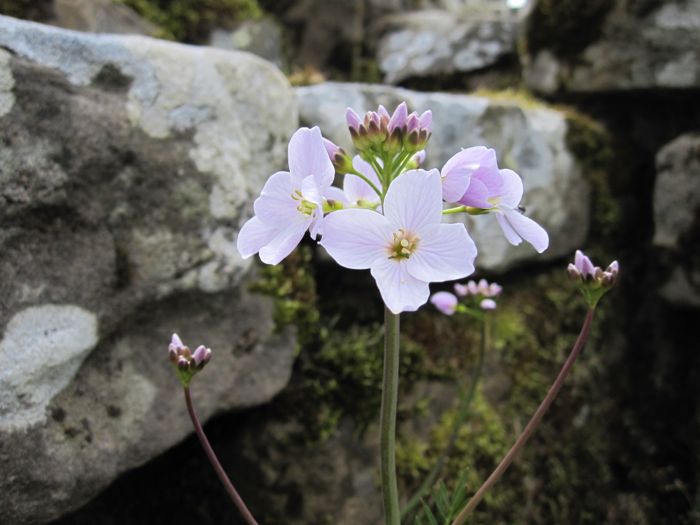 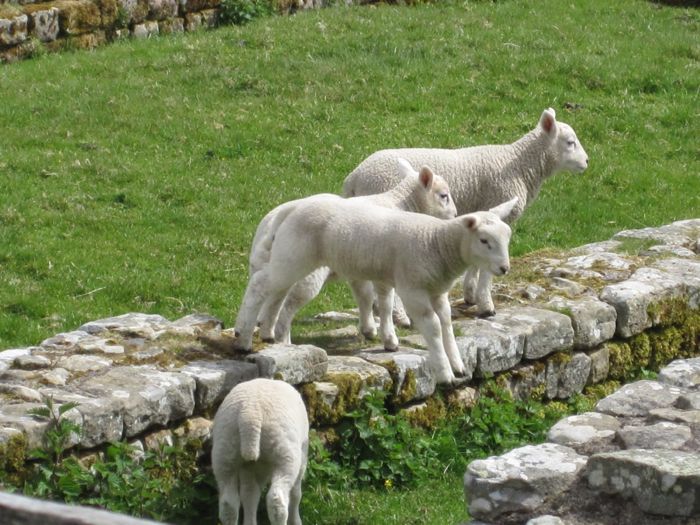 Lambs frolicking on the ruins at Housesteads

Turns out the grey skies never opened up, but it was still a bit windy, with the sun breaking through in spurts, but it was still a good day to hike along the Wall. We warmed up with tea at the Vindolanda museum first, headed to Housesteads Roman fort to start our hike. A few us decided to check out the fort first (including me) before starting our hike. It was fun to watch the lambs jumping upon the ruins.

Hadrian’s Wall is built upon a crag, taking advantage of the natural landscape, an addition to a natural barrier or boundary. It made it easier to see why the Roman Empire never went further than this, and how it would act to keep the Picts, Celts, and  other tribes to the north in what is now Scotland, out. One of my favorite spots along our hike was a lone tree. I heard that this location was used in the Kevin Costner version of Robin Hood.

Hadrian’s Wall streches out before me on the craggy cliff 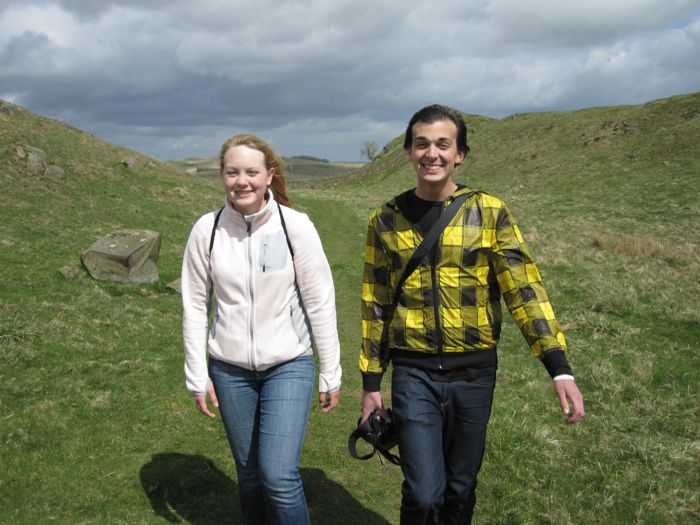 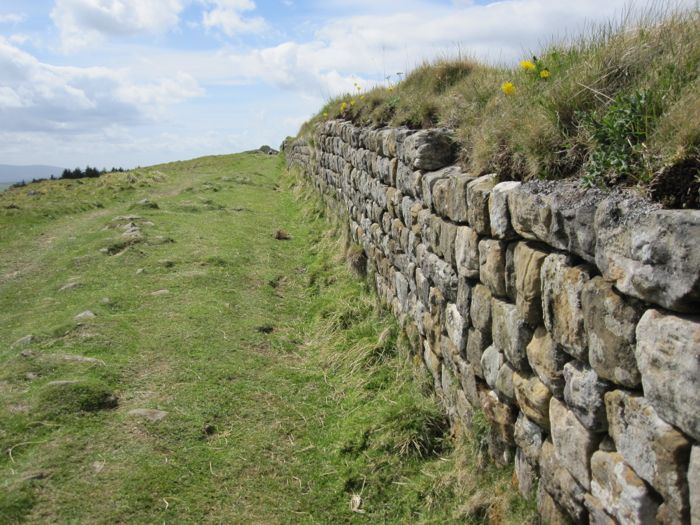 See how the stones of the wall are so neatly stacked? Those Romans. 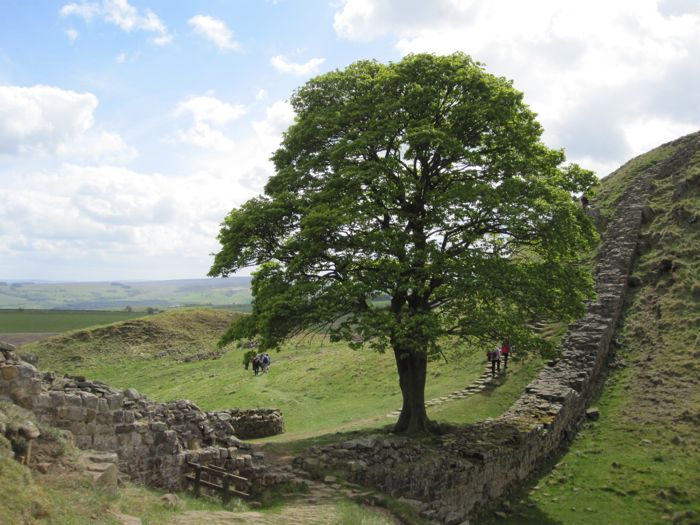 The “Lone Tree” along Hadrian’s Wall

The coach parked at the end of our hike, so there was no need to walk all the way back, though I gladly would have done so. Going to Hadrian’s Wall gave me yet another reason why I didn’t want the excursions to end, and — while I missed home — didn’t want to leave England quite yet.